How To Make A House A Home Effortlessly!

How To Make A House A Home Effortlessly! 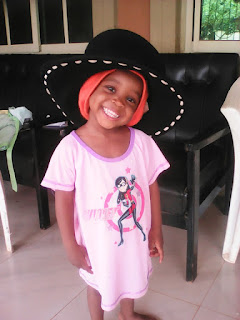 A house remains a building, a structure until it has human beings occupying the space(s) it contains thereby turning it into a home. For the benefit of the readers of this blog http//:issuesoflifewithaj.com.ng, human beings here stand for a family. Family will consist of a man and his wife, or both and their children alongside their dependent hands.
Oxford Dictionary defines ‘home’ as ‘a place where one lives, especially with one’s family,’ and defines house as a ‘building made for people to live in, usually for one family.’
As it is God’s injunction to man and woman to go into the world and possess it even as they multiply their number through procreation, it is only when a woman has become a wife to a man will people begin to accord them greater measure of support and respect bearing in mind that a man is never complete until he is married to a woman. Expectations of close friends and families of the couple are always virtually high. This respect in its new regard mostly goes to the man who did the ‘going out’ to search for and finally found a wife which means favour in the sight of God and man – whether man likes it or not – and made up his mind to have the union consecrated before God and man.
The success or its otherwise of a marriage is sixty percent dependent on the woman that is why on the day of the wedding, the woman is congratulated on the beautiful wedding she just had while the man continues to carry the burdens of the young family. This is in essence the capability of the man to bear most of the responsibilities that make the wedding a success now and beyond.
By the time the two individuals from different backgrounds get to live under same roof on daily basis, it is a definite happen-chance for them to begin to discover certain character traits never found in one another while the courtship lasted. At this point, nerves get to be stretched thin as everybody is trying to assert their individual authority and search for space within the home space they both occupy. This is a natural order of life where marriage is concerned.
To them whom God blessed with wisdom, this is the time for the woman to prove and assert herself in her newest role as a ‘homemaker’.
This is a complex role that can wither be interpreted on the basis of equal partnership or on the basis of supportive helpmeet. The Bible is clear on this as always. While the man is the head of the family, the woman in her submissiveness becomes the ‘able’ decider of the mood of the family. Everything a man needs in order to flourish in life is in a woman to compliment him and turn him into a success in both his social, spiritual and marital lives. This is where a woman begins to change her dwelling place from house to home.
By the time children start to join the couple, there is a home already waiting for them in the sense that from the word get-go, these children will grow in love to love their home and the society at large even though that is a wishful thinking, but the love in their hearts would be enough to make them grow into good children and better citizens who have respect for themselves first for their parents and have the fear of God in them.
It takes the lifestyles of their parents to achieve this in one’s children. When this is present, a family’s house is said to have become a home to all who find it their dwelling place.
Tags:
Previous Article
Questions And Answers Session: There’s An Answer To Most Things In Life!
Next Article
Single Parenting: How I Lost The Stigma Of Being A Bastard (True Life Story)

Single Parenting: How I Lost The Stigma Of Being A Bastard (True Life Story)
admin Aug 17