Nigeria In Retrospect: Art Of Governance And Public Perception

Nigeria In Retrospect: Art Of Governance And Public Perception 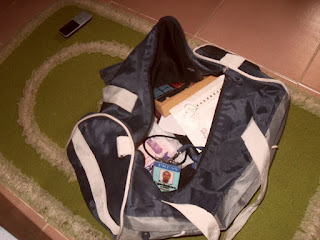 In a presidential democratic style of government and her structuring, the art of governance revolves to a large extent the leadership style(s) of the President. Despite the fact that the members of the National Assembly are there to effect checks and balances, the Executive arm of government has the crux of every national matter on their desk. It is what they throw to the National Assembly that the men and women of the Upper and Lower Chambers would work with even though sometimes the National Assembly betrays their independence; it is all a way of showing the robustness of democracy in this part of the world.
The executive arm of government controls internal affairs and the army and this where you find the police and State Secret Service and other Intelligence outfits of which the President is the Commander in-Chief. This makes the bulk of every security matter to be a pie for the President to play/toy with.
More often in Nigeria, the government being lead by the executive organ tries to foist their own insight and perception of any matter of national concern on the generality of Nigerians without first asking for the opinion of the Nigerian people. This is so because they had made up their mind having discovered that their panacea to our collective problem is the best for us all. This gives rise to wrong perception of the intent(s) of the elected people in the presidency and the hired politicians working with them.
Most times on the issue of security, the presidency knowing that it is their prerogative, hardly listen to the suggestions coming from the professionals and security experts. And this generates a lot of confusion moreso when the people in the executive arm of government hardly come up with explanation over their inaction or lack of proactive approach to tackle the insecurity in the land.
Government under democracy is a slow process but people in government should make adequate provisions to forestall such crimes from becoming hydra-headed.
In a real democratic setting, government waits on people asking for action before taking action on important national matters of security. Examples like Boko Haram and cases of low and high-profile kidnappings abound. On the issue of the September 11, 2001 US bombings, information later revealed that the government of George Bush (Jnr.) was aware of the imminent danger posed to the American people but rather opted to sacrifice the lives of their citizens in other to pursue and destroy the greater danger. This might be a fallacy but it could also have arisen out of poor information management.
This is why it is important that information should be made available to members of the public to avoid information like the one cited above from making a government appear mean and un-human. Government might cite ‘top secret’ as their excuse for not telling the masses of an imminent danger to them, but every effort must be made by those in authority to carry the rules along as that is the only way wrong perception of government’s approaches and leadership styles would be brought to their barest minimum.
Tags:
Previous Article
Strange Love: Women Are Their Own Worst Enemies – An Aggrieved Woman Gushes
Next Article
Are You A Selfish Person? Receive Your Cure!

Only In Nigeria
admin Jan 23

What Mama-Put Means To Nigerians

How To Handle Critics And Their Stock In Trade

Are You A Selfish Person? Receive Your Cure!
admin Aug 12