The Way We Are! When Two Or More Women Are Gathered… Lol!

The Way We Are! When Two Or More Women Are Gathered… Lol! 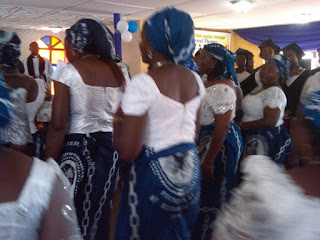 It is a well known fact that women do nothing whenever they are in each others company; all they do is talk about MEN.
Don’t act surprised now! You can imagine my reaction when a close female friend of mine told me in no measured terms that women live for men despite the violence they (women) have over some million years visited on the Kingdom of Men. It is actually woe-men, that is what women used to be until civilization came on a rescue mission to save men from the vice-like grip they have suffered in the hands of women. That is why most things and sicknesses of women have to end or start with men. You think I’m lying? Now join in me in seeing them yourself.
The following will convince you of my drift:
Woman has man in it;
Mrs. has Mr. in it;
Female has male in it;
She has he in it;
Madam has Adam in it.
When it comes to many afflictions of the womenfolk, you have such disturbing terms like:
Mental illness;
Menstrual cramps;
Mental breakdown;
Menopause;
Guynaecologist and
Histerectomy.
Now enough of the digression. Seriously, I happened to be in a hospital where I went to visit a sick relation. While I was waiting outside the office of the nurses who attend to the sick, a conversation suddenly cropped up. Your guess at this juncture is as good as mine on what the topic is all about. Men of course!
One of them who were that heavy with pregnancy started complaining about how her husband got her mad last night. She had asked him to ‘perform’ his obligation on her so that the ‘space’ would widen a bit as the ‘time’ is near and the ‘idiot’ simply shut her off with this, “You should know what to do when the time comes. Right now, I am weak. I need some sleep if you don’t mind.”
She complained some more that she was actually not only interested in widening the channel but she really needed ‘it’ that badly. “Men! When would they begin to betray real feelings for the condition in which they put their wives into?” she had concluded.
The second nurse added this to the conversation, “Men. They are all the same. Just the other day, I had come back from the Diocesan Women Conference that lasted three days. On the last day, as one of the key planners, I got home around ten p.m. after we had concluded everything only to meet my husband in the sitting room reading his newspapers. He threw me a cautionary welcome and continued with the television and the newspapers. One look at the dining table, I knew that ‘this man’ did not bother with dinner. I asked him what he ate for dinner. He said nothing. That he is waiting for me to come home and prepare it. My sisters! I went mad! My anger boiled over but I couldn’t voice it out knowing that doing so would destroy not only my home but my husband. I told him to take tea and go to bed. This man bluntly told me he must eat his usual dinner of semovita ‘swallowable’. What my bile threw up next would’ve started the 3rd World War but I did the swallowing myself.
After reining my anger in, I went into the kitchen and fetched him his dear ‘swallowable’for peace to reign. Men!”
By the time a much younger married nurse joined them and started saying what would have happened if her husband tried such nonsense with her, I switched off my listening deviceknowing that the Kingdom of Menwould never stop from suffering from this orchestrated violence in the hands of women who are more interested in being the MAN!
Tags:
Previous Article
Life Is Nothingness Itself! My Only Brother Died For Being At The Right Place At The Wrong Time
Next Article
Wickedness In Tertiary Places! How Cultists Wasted My Son!

Is It Right For A Wife To Make Her Husband Beg For Sex? (Mature Minds Alone)
admin Jun 19

Is It Right For A Wife To Make Her Husband Beg For Sex? (Mature Minds Alone)