Wickedness In Tertiary Places! How Cultists Wasted My Son!

Wickedness In Tertiary Places! How Cultists Wasted My Son! 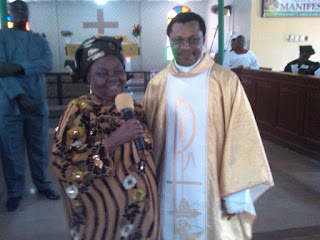 I simply don’t know what this world especially in this part of the world called Nigeria is turning into! To tell me that young children who were between the ages of seventeen and nineteen would be this callously wicked to their fellow human being is as shocking as waking up to find my late father in bed with me.
My son who was brain-dead for two months has finally become unconscious with bed sores all over him as I take him from hospital to hospital in search of cure for this malady visited upon him by his course mates who took advantage of the fact that they are such social misfits in Campus secret cult.
My son is always the quiet type, just like his father. It happened that he gained admission in one of the tertiary institutions in the Southern part of the country to study Accountancy. One of the requirements for taking up the admission given him by his department was having a laptop. My husband and I scraped our bank accounts clean – being civil servants – and bought Kelvin an Acer laptop with its complete gadgets and accessories. That laptop has become the harrowing experience the entire family has been going through in the last three months when the news got to us that Kelvin was discovered by the Security of his school by one apian way were he was lying lifeless. He was initially rushed into the Teaching Hospital of the school until we arrived. That singular help from his school is the reason why Kelvin is still with us today. He was placed on oxygen for weeks on end until he started breathing without the help of the artificial respirators and the oxygen.
We had to take him to a private specialist hospital where he was revived after he gave up the ghost two months back. Thank God for the prayers of His children and my family – as a matter of fact, I am a strong prayer warrior – Kelvin would’ve long been buried and the pains of his loss beginning to fade from memory. This is my way of thanking God for what He has done in the life of Kelvin.
As a newly admitted undergraduate, Kelvin had embraced his newfound school life and environment with all the morals we have inculcated in him. A very good boy and well-behaving despite being quite handsome, he stayed away from girls and social life and faced his books believing God that when tomorrow comes, he would have the time to enjoy his life in all its ramifications.
In their second semester, some of their lecturers have started driving those who were yet to buy their laptops out of classes. One night, while Kelvin had finished doing something online with his laptop, on his way to the students’ hostel, he was attacked by these three animals in human forms and beaten within an inch of his life. When a heavy object landed on the roof of his head, he died. Only God knows why Kelvin is still with us and has now started responding to treatment. He spoke for the first time in three months only last week. We were highly elated. He is my only son and though that is not God’s reason, He wanted his attackers to be discovered.
It happened that some people were discovered wandering in reclusive part of the school and the security officers were summoned. There were four of them who were apprehended with dangerous weapons like cutlasses and guns on them. After the usual torture visited on them, they confessed to being the candidates that visited death on my son. Of course, it was in the court that they confessed that they beat him to near-death not because they could not afford laptop but because they needed to let-off steam of fun after their initiation ceremony to betray to their senior colleagues that they have the mind to do anything asked of them.
They wanted my son and my family to be the victims and ended up the victims. We are more than conquerors in Jesus name. Amen!

Aj’s Note: Just two days ago, I got a call from Kelvin’s mother that Kelvin has started leaning to walk again.

Tags:
Previous Article
The Way We Are! When Two Or More Women Are Gathered… Lol!
Next Article
Sins of Modern-day Parenting: Why Our Children Hate The Poor Instead Of Poverty

Sins of Modern-day Parenting: Why Our Children Hate The Poor Instead Of Poverty
admin Aug 17