If I Were A Beautiful Woman!

If I Were A Beautiful Woman! 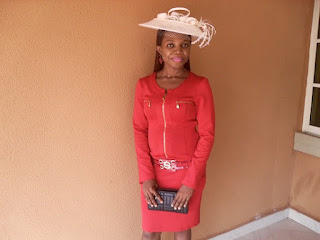 Have you not heard a thing said about beautiful women? I’m moved to believe some of those colourless attributes.
Beautiful women are Jezebelic in nature. So I have heard! Oops! They are all air and no substance! That’s a lie! Bianca Ojukwu is a woman of substance biko! What of late Princess of Wales, Princess Diana? I’ll take it as something close to blasphemy anyone saying a damn thing against her pretty soul. She’s not yet dead in my heart, you know? I have equally heard something like BB when a reference is being made to a beautiful woman. I believe you can relate with that? Brains and beauty!
But one thing I know is that beautiful women make the best wife. Trust me! I have a long list of beautiful women who have done great things alongside their husbands.
Just like that old and well-used expression, there’s always a Judas among every twelve, I’m constrained to teach the few beautiful women out there a few things that will make them more beautiful from the inside.
You must have noticed that most people these days are short on tolerance and this has given rise to the high number of divorce cases in our society. Quite alarming they are! In this my generation, we have become so irreverent and hold nothing as foundational as marriage to be sacrosanct. We lip-serve our vows and dare God to “come and beat me!” No! God wouldn’t come and beat you yet as He is more interested in throwing certain ropes of second chance(s) your way to see how you could ameliorate an already bad situation your marriage suddenly found itself. Yes! You didn’t know and can’t place your fingers on when the highly celebrated society wedding spiraled out of your control. Are you a control-freak my dear, then as a beautiful woman, you have lost the initiative to your envious rivals out there waiting on you to make the mistake most beautiful women make and they will pounce on what you call ‘watery man’ like some known scavengers do. No man is second-hand!
Oh! All the celebrated divorces that found celebrities in their mockery-grasps are as a result of a beautiful woman starting to take a man for granted. Perhaps your bedmatics (guess you know what I’m talking about?) have got your mindset changed to the point that you no longer know when to let a man be THE MAN, and then you are walking this dude on a leach through the ugly road called SPLITSVILLE, ignorantly though. But there’s no excuse when your husband takes your marital downsides to a pub court. A man does his thing as a bird and still goes home to his wife and mother of dear children. No man likes having the feeling that he has made a bad call marrying you beautiful woman. Once a man feels cornered and trapped, you have lost him. That certificate your names are written on might still be the only thing you guys share in common. The sex might still be there, but you guys are strange bedfellows that it is nothing but sheer sex without the bliss.
I’ll try not to forget to add that once a man realizes that he’s not free to air his views on issues that affect him and you dear beautiful woman without them making heavy-metal headlines in your mother’ ears, you have LOST HIM also. And this is pronto-like!
No beautiful woman is allowed to indulge in adultery. A nut-head of a man could lay waste to your life for infringing on his ego.
If I were a beautiful woman, I’ll not ever stop wearing that best and magical cosmetic called SMILE anytime hubby is by the door or on phone. It works hard to bring a man home on daily basis despite the horde of temptations this man that is being led by the things he sees is exposed to. And smile is an effortless gesture that is naturally filled with heavenly charms. Try it if you have not tried it yet. The first time you did might unsettle your hubby, but he’ll come home the next day expectant to be sure his sudden sight defect isn’t playing on his intelligence.
No man likes his beautiful woman being such a crosspatch and a nag. Nothing disgusts a man so fast about his dear beautiful woman and keeps him away from home. Children will suffer that is if you are not manipulative to have these children raised up to love only you after you must have brainwashed these angels with dumb tales about their father and how irresponsible he is. That again is what no man likes seeing in his beautifully married woman.
These issues once taken cognizance of help bring the shine back into your home and marriage.
Please don’t read me like you are a FEMINIST! High horse is such a put-off too for most men.
Tags:
Previous Article
How To Know God Is Magnificently Benevolent In Your Seemingly Miserable Life!
Next Article
Information Is Everything, Yet You Need Not Gossipmongers In Your Life!

Information Is Everything, Yet You Need Not Gossipmongers In Your Life!
admin Sep 07