There’s So Much Hatred Here! And Who Do You Think Is The Cause?

There’s So Much Hatred Here! And Who Do You Think Is The Cause? 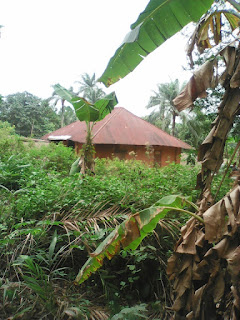 I will like to start from the Bible. The first known sin committed by a human being is a sin that was powered by the sin of HATRED. More oftentimes, I overhear people use the word ‘disgusting’ on a fellow human being. And in most of the times as regards to the use of the term – disgusting – it is used in reference to the human and not his actions and inactions, but whatever is the case, when you find disgusting the behavioural aspects of someone’s lives, without knowing it, you actually hate a fellow human being. And the Bible has assured us that there is none righteous in the land. Even Jesus Christ during His stewardship on earth at some point gave the impression that He too wasn’t righteous except God who sent Him, but you know that as part of Triune God, that Jesus and God is ONE.
This issue of hatred we can eviscerate out of our lives when we honestly imbibe the teaching of Jesus Christ as found in Matthew 7:1. We start gushing about our hatred for a fellow human being whom God in His infinite wisdom has urged us to love as we love ourselves only when we have started judging such a person and his personality. That is where we lose the understanding of the teaching and lesson in where has already been quoted.
On the other hand, how many times have you prayed for someone who has derailed? Would you not have found it more fun bearing tale/s about this erring brother/sister instead of bringing this known weakness of theirs to God in prayers? God can use your intercessory prayers to save this soul. But no! You’d rather go out to town on this HUGE discovery made about this brother/sister who has been forming righteousness to your hidden anger than do a thing to help such a brother/sister. You pretend your love for this brother/sister but nurse huge hatred for them. Shame on you! The gospel of our Lord Jesus Christ as recorded by Saint Matthew is smeared by Jesus’ genuine disgust at our hypocrisies. All kinds of shades of hypocrites He found in us.
Hatred is also envy. As I have started in the first paragraph before digressing, hatred led to the ugliest of sins, by my own understanding, which is the sin of murder as committed by Cain who allowed envy to destroy his soul when he put his hands on Abel and wasted such life. God rose in anger and went after him. He was given a SECOND CHANCE which he cared nothing for and the world has not known peace again.
What are you doing in your little corner to help extinguish this sweltering furnace of envy and hatred as found in us? Love your neighbours as you love yourself and you have kept all the laws.
Love you too!
Tags:
Previous Article
My Testimony: That Little Act Of Kindness I Caught Myself Carrying Out
Next Article
How To Know God Is Magnificently Benevolent In Your Seemingly Miserable Life!

This Is The Major Reason People Are Entitled
admin Aug 20

Between Self-Deceit And Deceit Of Others, Which Is Worst?
admin Jan 09

What Stirs Up Envy In Our Hearts
admin Nov 29

This Is The Major Reason People Are Entitled

Between Self-Deceit And Deceit Of Others, Which Is Worst?

What Stirs Up Envy In Our Hearts

How To Know God Is Magnificently Benevolent In Your Seemingly Miserable Life!
admin Sep 03