The Confusion Of Living In Nigeria, But By God’s Grace

The Confusion Of Living In Nigeria, But By God’s Grace

I was on my way to Victoria Island when the bus I boarded broke down as a result of some electrical fault that was later rectified.
While I was busy craning my eyes in every direction that gained my interest so as to kill the boredom of standing by the roadside at the mercy of a driver and his same-same bus conductor who seemed not to agree on what to do about the condition of the bus before they put it out on the road that fateful day’s morning, and instead chose to waste the passengers’ time by trading accusations and counter-accusations, my eyes landed on the perimeter wall that fenced off the prying eye of the public from the Naval Yard sitting by the sea-side.
That was when I saw the confusing dent on the wall. On two different columns of same wall, these were written… 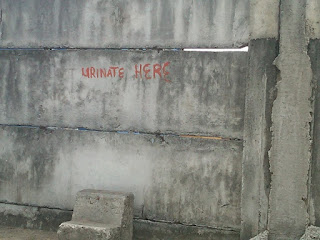 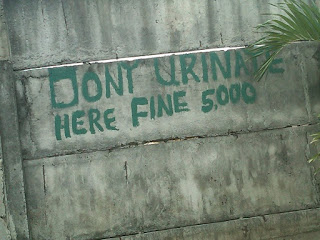 Living in Nigeria is predatory. If you are ignorant of some unwritten and written rules, you stand to be exploited and parted from your hard-earned money. But by God’s grace, I have lived in Lagos for over fifteen years without falling fowl of this kind of gaping snare.
That is your portion too child of God. Amen!
Tags:
Previous Article
Question And Answer Session: My Husband Is Out To Kill Me Aj
Next Article
Ways Of Activating God’s Grace For His Blessings Upon Your Life (Strictly For The Youth)