Someone Said Nigeria Is A Shithole Nation (Images)

Someone Said Nigeria Is A Shithole Nation (Images)

I really don’t support the USA president on this one but the images here of the Benue killings and other under-reported killings around the Southern part of Nigeria from Abia state to Rivers state by the marauding herdsmen are an attestation to the fact that something has to give to fix these shitholes of Africa. 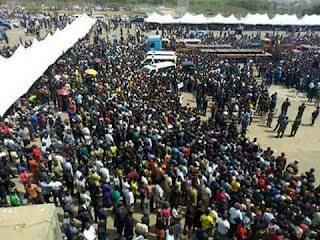 Freda Chitis, an Opinion Contributor descended heavily on Donald Trump on CNN and actually went for his jugular for such disgusting things he said about Haiti and Africa.
These are the images of Nigerians being killed in their own country and the powers that be are acting ‘helpless’ but I know that the United States of America would go to any length to protect her citizens in other countries and on home soil. You see the difference? Trump said it as it is even though we are not in shitholes here.
Good grief! 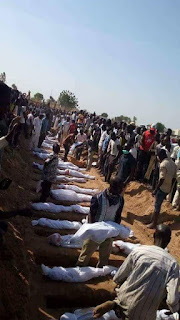 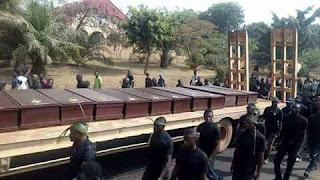 Human beings here embark on their final journey on truckloads, about six of such truck.

Tags:
Previous Article
Nigeria’s Queen Of Sex Talk Bullied On Nairaland! Names Mentioned Too
Next Article
What My Mother Taught Me

What My Mother Taught Me
admin Jan 15